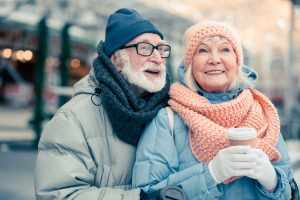 What are “late effects”?
Late effects are health problems that first appear months or years after completion of cancer therapy. These delayed aftereffects arise when cancer and/or cancer treatments injure normal tissues in ways that impact future health. A late effect can be a sign, such as scarring on an X-ray; a symptom, such as hearing loss; or an increased risk of a condition, such as heart disease.

Do all survivors develop serious late effects?
No. Adults treated for cancer can expect detectable changes, but most long-term survivors do not develop late effects that seriously impair or threaten life. Keep risk in perspective. Imagine your risk is nine times higher of a specific problem that occurs in 1 out of every 1,000 people. Your risk is still relatively small: only nine of every 1,000 survivors like you will develop that problem ­—and 991 survivors won’t.

What determines your risk?
Ongoing research is helping us understand the many factors involved. Your known risk is based on key factors, such as…

Persistent problems that began during treatment, so-called long-term effects, may increase the likelihood of certain late effects. Also, they may affect the timing and/or severity of a late effect.

Why the lag between the end of treatment and the appearance of late effects?
If healthy tissues suffer permanent injury that is mild, the damage may remain silent unless unmasked by additional injury and/or age-related change. In some cases, cancer treatment triggers undetectable changes that keep progressing for years before becoming evident.

Less is known about late effects of immunotherapies. Changes in the immune system and/or injury due to an attached drug or radioactive isotope may lead to immune deficiencies and other medical problems.

What can you do to help?
You can work with the healthcare team to control some factors that influence your overall risk of serious late effects. For example, the risk of a second cancer is greater in people who smoke. The risk of blood-vessel disease in a radiated field is lower in people who maintain good blood pressure control. Behaviors known to improve health and longevity may delay or prevent the development of many late effects. Vital steps after cancer treatments include:

How does the risk of late effects change your role at doctor visits?
The risk of late effects impacts many methods of disease prevention, screening, evaluation, and treatment. For example, breast cancer screening for a 35-year-old woman who received chest irradiation as a teenager is different than if she’d never had cancer. You play a vital role in making sure all your physicians consider your cancer history.

A tactful approach is to ask: How does my cancer history affect these decisions? You can follow up by sharing your understanding that long-term survivors may experience (1) an earlier than usual development of age-related changes and (2) an increased chance of developing certain problems.

What if “late effects” is new to you?
Common reactions include surprise, anger, disappointment, and heightened anxiety. The distress will likely fade as you learn which late effects don’t apply to your situation and, more important, what you can do to optimize your long-term health.

Your oncologist weighed both the risks of late effects and the chance of controlling your cancer before recommending treatment. You can learn about late effects now to move forward in healing ways.

What now?
We won’t minimize any difficulties associated with late effects. While researchers keep exploring ways to prevent and treat them, let’s nourish hope by working together to minimize your overall risk of serious late effects and to make today the best it can be.

“Dr. Dumasia is great! She looks at the whole picture and has orchestrated my plan of care. She listens intently and never makes me feel rushed, making sure all issues are resolved in a timely manner.”
–Cheryl G.